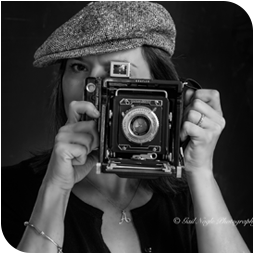 I have a beautiful, handsome cat, named Chaplin.

Chaplin has been a constant in my life for the past twenty years. I was working my way through college at a local restaurant and a friend of mine gave him to me when his cat had a litter. When Chaplin was three weeks old, my friend Gray, let those of his friends know  who were interested, to come to his place and pick out their kitty.

I remember that night like it was yesterday. I went into the room where the little fur babies were and got down on the floor to look at all the sweet kitties. They were SO tiny. I didn’t know which one I was going to pick. I just knew I was taking one, despite the fact that I was still living at home, and despite the fact that my mom hated cats. I was observing the kitties move about not knowing how I would decide, when all of a sudden, he came up to me. It was almost like he picked ME. The instant that I saw his face as he walked straight toward me, I saw that little mustache, and I knew he was coming home with me.

Chaplin with his mommy and siblings.

Chaplin and I in our younger years.

My first thought was that he looked like a little Hitler. Immediately I noticed the mustache was crooked. He was black all over, with a white chest, front legs and paws. He was wearing a tuxedo. The tips of his hind paws were also white, along with his nose and chin, except the crooked little black mustache under his nose which made me think of the black and white film actor, Charlie Chaplin. It was decided, I would be his momma and his name would be Chaplin. I was thrilled, so happy, and excited and my heart was filled with so much love for him already. I brought an empty box to put him in for the ride home. I purchased food and dishes and a litter box and we were ready to start our journey together. The only thing left was to sneak him into the house past my mom.

Chaplin walking with a feather duster.

I returned home late in the evening. I said hello and headed straight for my room. Chaplin was very quiet and not a big talker, he never has been, so that was helpful. We snuck into the kitchen where I gave him some food and water but my mom saw us and she gave me a glare so harsh I wasn’t sure of a future with my new kitty. She was livid that I brought home a cat. We headed back to our room without saying a word.

Chaplin was so tiny, no bigger than my hand and he had some big ears to grow into, my adorable fur baby! Our first night he drifted off to sleep curled up in my arms. When I woke the next morning, I looked for him and he had dug himself under the comforter. I called for him and when he emerged from under the cover all I saw were those big ears. I was worried because my mom was obviously angry. Not five minutes after we woke, my dad came into our room and the first thing he said, in a playful loving voice was, “Well, what do we have here?” I don’t remember anything else he said, but I remember smiling very big.  Dad was a huge animal lover, I practically grew up on a mini farm. He picked Chaplin up, showed him some love, put him back on the bed and left. I knew then I would get to keep him, Mom would soon after come to love him very much even though it took her a long time to admit it.

Dad with a baby Chaplin in his pocket.

As the three of us, Mom, Dad and I got to know Chaplin, the more and more he filled our hearts with joy. I worked nights at the restaurant after going to school during the day and Chaplin enjoyed being with his grandparents. Dad taught Chaplin to fetch a small ball while Mom trained him to stay off the furniture and counters. We were one big happy family…